On Sunday the French went to the polls to choose a new president. As is customary this election did not decide who would be the president. I believe there are ten official parties in France and in order to be elected president, a candidate must receive over 50% of the popular vote. With ten parties splitting the votes, it’s nearly impossible for one candidate to achieve the majority. Therefore there are two tours. In the first tour all ten candidates are on the ballot. If no one receives the requisite majority, there is a second tour about two weeks later. This is basically a runoff between the two top vote getters from the first tour. As we do not have a television, we’ve been spared the majority of the political press coverage but it has been interesting to see the candidates posters all over town. These posters always feature a large photograph of the candidate and are routinely vandalized.

The vandalization seems to take a few forms. The Hitler mustache seems to be the most popular: 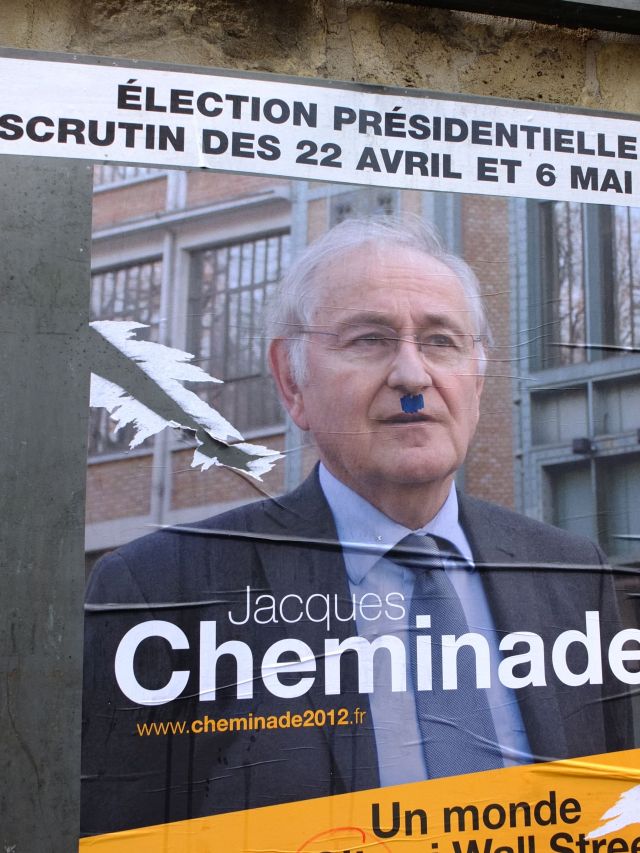 Then you have the candidate who is turned into a devil. 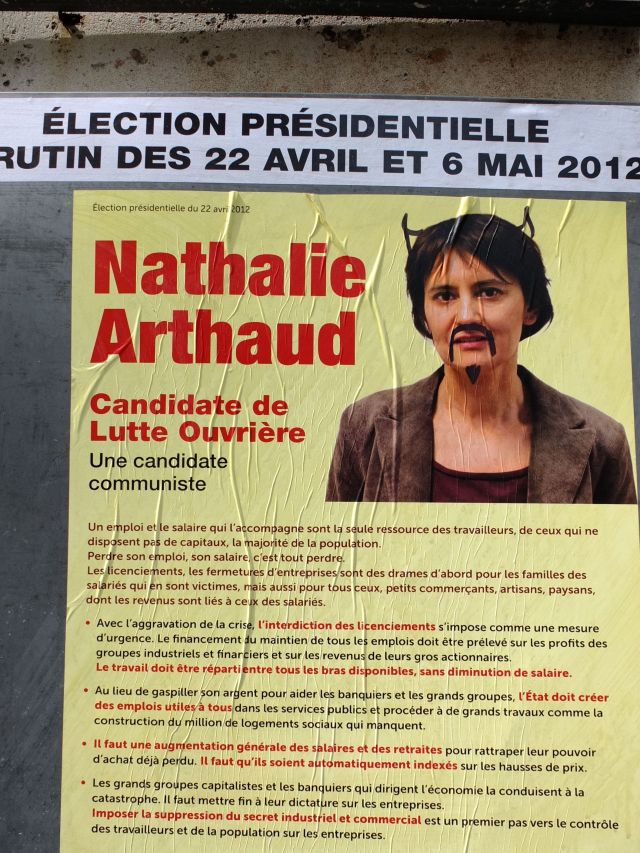 And if you’re particularly reviled, you may end up being a Hitler mustachioed devil pirate.

There are other ways to make a candidate look unappealing. Drawing a SS tattoo on someone’s cheek and giving them a vampire hairline probably doesn’t make this candidate very appealing. 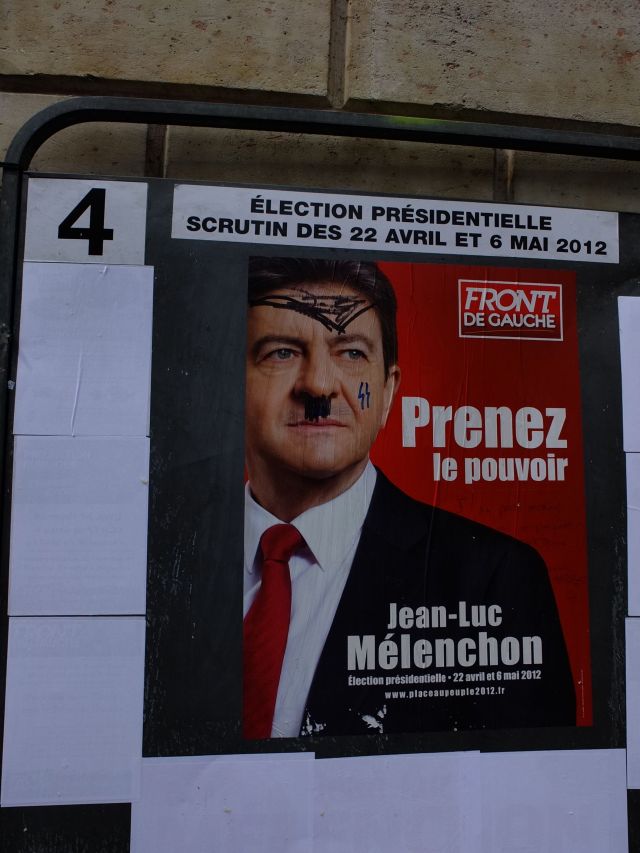 But a unibrow is surprisingly benign.

There seems to be a strong theme going in this election that sets the people against the “financiers” or bankers. Not surprising with the economic crash and euro crisis.

Of course, if you really hate a candidate the most effective protest may just be removing the posters. This would require a certain level of devotion but someone seems up to the task. 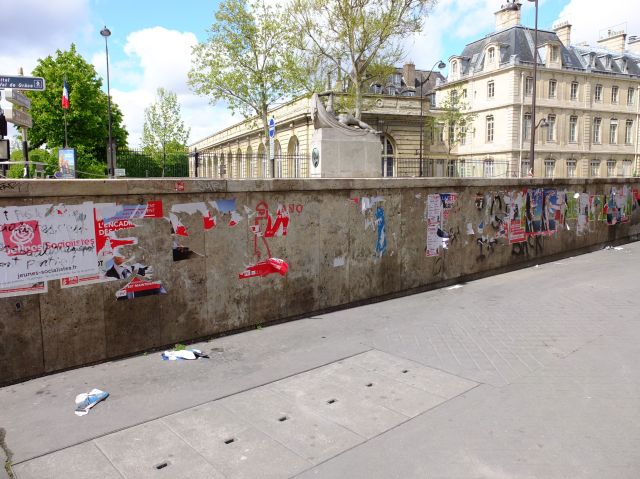 And, of course there is the simple little graffiti statement. This one seems to be very popular as I’ve been seeing it everywhere. 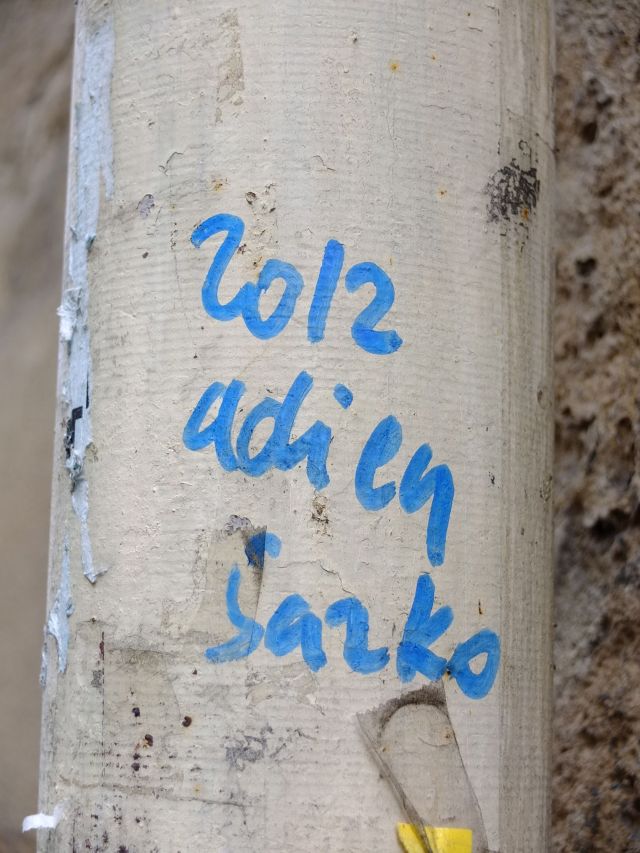 2012 adieu Sarko. At this point, it seems that this will prove to be prophetic.

Hi! After five years in Europe, I'm adjusting to life back in the US. I use this blog to record my adventures, post photos, organize recipes, and post about things that interest me.
View all posts by Rebecca →
This entry was posted in Paris, Politics, Social Commentary, travel and tagged Candidate, Election, Expat life in France, François Hollande, France, French Elections, French Politics, Life, Life in France, Nicolas Sarkozy, Politics, Socialists, travel. Bookmark the permalink.